Geoengineering as a response to the climate crisis: right road or disastrous diversion? 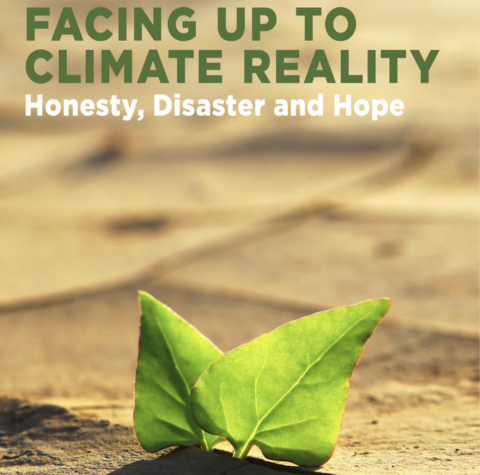 This publication is a chapter in the book Facing up to Climate Reality: Honesty, Disaster and Hope, an edited collection published by Green House.

The 2015 Paris Agreement on climate was hailed as a successful breakthrough in  the  process  of  addressing  anthropogenic  climate  change.  However,  the  truth is that the agreement is hollow, anthropogenic climate change is accel-erating  dangerously  and  little  real  action  is  being  taken,  action  of  the  kind  and at the scale that would actually measure up to the threat. Instead, there is  a  desperate  search  for  any  kind  of  ‘solution’  that  avoids  having  to  reduce  emissions and collectively tackling our deeply fossil-energy-dependent model of ‘development’. In fact, the Paris agreement contains major loopholes and a central one of these is its tacit reliance on geoengineering. This involves basi-cally two approaches: proposals for technologies to (a) reduce incoming solar radiation, that is: reduce the heating effect of the sun and (b) remove green-house gases from the atmosphere. However, the agreement fails to ask what are  the  risks  involved  in  such  approaches,  and  above  all,  who  decides—and  who  has  the  mandate—to  take  those  risks,  which  involve  the  whole  planet and all of humanity, present and future. Can seeking to engineer the climate possibly ever be consistent with precaution?

Our key claim in this chapter will be that to gamble on geoengineering is precisely to avoid facing up to climate reality.