Gene Drives - a report on their science, applications, social aspects, ethics and regulations 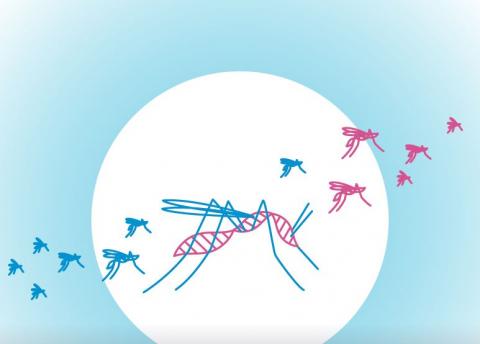 This interdisciplinary report has been produced by three European science organisations. EcoNexus scientists have co-authored chapters one and two.

Synthetic Gene Drives are a new form of genetic engineering intended to bypass the rules of inheritance in order to accelerate the spread of modified genes across wild populations. Whilst normally genes have a 50% chance of being passed on to the next generation, gene drives change the odds dramatically in their own favour. Synthetic gene drives are being developed to modify, replace or even eradicate wild populations or species.

The idea to eradicate populations or species by redirecting the genetics of an organism against itself has existed for a long time. The technical means to do so however have only just become available. With new genetic engineering techniques, in particular the “molecular scissors” provided by CRISPR/Cas9, it may soon become possible to pass a particular gene or trait to all descendants and “drive” it throughout wild populations.

The technical breakthrough came in 2015 using the model organism Drosophila (a small fruit fly) and the inheritance of body colour. The researchers recognised the enormity of this new ability to overcome the rules of genetics and to spread the modification to almost all offspring and future generations of flies, that they called their technique “Mutagenic Chain Reaction”. The ability to generate not only properties such as altered body colour, but also female (or male) sterility, and to propagate these properties across whole populations or species, offers researchers the hope of using this technique to stop the spread of species regarded as unwanted or problematic or to eradicate them altogether.

Which path do we want to take as a society?

Current or planned research projects are diverse. They target the eradication or modification of disease vectors such as mosquitoes for malaria and dengue fever, and the elimination of invasive species or of agricultural pests.

But what happens when populations or species are wiped out by gene drives? Or when the synthetic gene drives or genetic modified traits do not perform as expected? What are the ecosystem consequences, and can they be predicted? In addition to ecological concerns, gene drives are a technology that also raises fundamental social, ethical and legal questions. There are also military and ‘dual use’ implications, i.e. the potential to use the technology for hostile purposes.

Many scientists and research groups warn about the far-reaching consequences of using synthetic gene drives and demand that a broad public and political debate should precede any release, and that international regulation specific to gene drives needs to be in place.