Agrofuels: Towards a Reality Check in Nine Key Areas

Report submitted to the Secretariat of the Convention on Biological Diversity (CBD) in preparation for SBSTTA 12 (July 2007, Paris, France).

This document focuses on particular types of ‘biofuel’ which we prefer to call agrofuel because of the intensive, industrial way it is produced, generally as monocultures, often covering thousands of hectares, most often in the global South.

Climate change: A primary concern is the potential for agrofuels to accelerate climate change, rather than combat it. Production involves considerable emission of greenhouse gases from soils, carbon sink destruction and fossil fuel inputs and is already causing significant deforestation and destruction of biodiversity. The clearance of Indonesia’s peat forests to plant oil palm plantations has caused massive outputs of CO2. Once forest removal reaches a certain ‘tipping point’, a process of self destruction may begin, particularly in the Amazon. Because so much remains unknown, a precautionary approach to developing agrofuels is necessary.

The GM industry, having encountered widespread resistance to GM crops for food, has plans to gain acceptance for them as agrofuel crops. These crops would need to be planted as large-scale monocultures in order to be competitive. Yet, monocultures of GM crops (mainly soya and maize) as animal feed have had negative impacts, e.g.: in Argentina and Paraguay. Since animal feed and agrofuels can often be produced from the same biomass this could stimulate further expansion of GM crops. In addition, the GM industry is looking at ways to engineer crops so they can be made to break down more easily into fuel.

Second generation agrofuels: Industry promises future technologies that will yield cheap abundant agrofuels from all plant material and plant waste. GM technologies are being promoted to streamline processes and reduce costs. Research is being carried out into GM microbes that could improve breakdown and fermentation processes and methods to streamline cellulose and reduce lignin or even change its nature. Synthetic biology is a new approach that involves using genetic information to build completely new organisms with unknown impacts.

Agrofuels and biodiversity: Precious little biodiversity remains in Europe and many species are endangered. Extensive, low input farming is the most favourable system for wildlife. However, agrofuel production increases the pressure to convert such regions into intensive production of agrofuels, with crops such as oilseed rape and beet which are particularly unfavourable to wildlife. If setaside land were brought into agrofuel production, the impacts on biodiversity would be severe, as would impacts on water reserves through increased irrigation. In the global South, critical ecosystems are destroyed to plant crops used for agrofuels. Examples include sugarcane and soya in Argentina, Paraguay, Bolivia, and Brazil. At the same time countries such as Indonesia, Malaysia, Cameroon, Colombia and Ecuador are experiencing accelerating biodiversity loss due to oil palm plantations, often preceded by logging. In India and Africa the planting of jatropha trees for agrodiesel will threaten remaining forests.

Promoters of agrofuel expansion claim that yields must be increased by using more fertiliser and irrigation. Irrigation depletes lakes, rivers and aquifers while fertilisers cause an increased burden of nitrates in soil and water, with impacts such as eutrophication – a major threat to fish stocks. Herbicide tolerant GE crops facilitate the use of aerial spraying of herbicides with serious effects on biodiversity and small-scale farming. Indirect impacts of biofuels are already becoming apparent as US farmers switch from soya cultivation to corn for ethanol. This provides an incentive for extending soya cultivation in Latin America, where the soya boom had been faltering. As with other intensive crops, biofuel production displaces other activities to new areas, whether smallscale agriculture or large-scale cattle ranching.

Certification of agrofuels is likely to have a similar impact, displacing uncertified production to more marginal areas where it may do more damage. Agrofuels could bring about increased pressure for the release of GE trees. The impacts on forest biodiversity are extremely difficult to predict precisely because of the complexity and longevity of trees. Ironically, this may mean pressure to experiment with GE trees in situ with all the risks of contamination that implies.

Agrofuels and food security: Agriculture already faces huge challenges. Food production could experience serious competition from energy crops. World food reserves are falling while the demand for grains and oilseeds has outstripped supply for the last seven years. Prices have risen sharply. In the case of maize, this is due to increasing amounts of US corn being used for ethanol rather than food. As ever, it is the poor and marginalized who suffer the worst impacts. The EU and the US are setting targets for agrofuel use in transport, but will not be able to produce the feedstock themselves. Producing soya for animal feed is already causing serious problems in Latin America, while oil palm plantations have proved extremely destructive in both Latin America and Asia. Now these countries are gearing up to respond to the demand for agrofuels, further increasing the pressure on food production.

‘Manufacturers of inputs such as agrotoxic chemicals (i.e. fertilizers and pesticides) expect an increased demand as a result of the attempt to increase yields. Small farmers will find it hard to compete with big producers. Some will turn from food to energy crop production and others will leave their land. This will result in a loss of local knowledge and local varieties, which in turn will diminish agricultural biodiversity.’

Agrofuels and jobs: A number of sources are asserting that agrofuels can regenerate rural economies and provide jobs. However, this depends on who controls development. To benefit local communities, agrofuel production would need to be part of a diverse farming system. But development is focused on large centralized monocultures for economies of scale and a consistent product. The impact of monocultures such as sugar cane in Brazil, is a clear example of the lack of benefit for the poor and marginalized. This is reinforced by experiences from other countries, including Paraguay and Argentina, Ecuador and Indonesia and South Africa, where communities have reacted to government agrofuel strategies. In Europe, the EC has claimed that agrofuels can provide opportunities for farmers as well as creating jobs and rural regeneration. However EU sources are highly contradictory, especially regarding the number of jobs that will actually be created, not simply replaced or displaced.’

Human rights violations have already resulted from soya, sugarcane and palm monocultures in Latin America and Asia, and these are likely to intensify through the production of agrofuels. Impacts on health arise from deforestation and pesticide spraying. Another major issue involves historical and intense land conflicts, due to monoculture expansion. Production of agrofuel crops may involve violent evictions and murders. Examples are given here from Colombia and Paraguay.

Rapid changes in land use, ecology and demography are leading to increased incidences of infectious diseases. Deforestation is increasingly recognised as playing a major role in bringing people and diseases into close contact. The impact of pesticides on health is illustrated by two examples: Paraquat in Asia and glyphosate in Latin America, both of which cause serious health impacts.

Certification: Concern about the possible negative impact of agrofuels has led to demands for sustainability certification. There are a number of different initiatives, some of which have already joined forces. The EU itself, the Netherlands, Germany and the UK are all developing initiatives. Industry is also developing standards. Some advocate mandatory certification, others voluntary. There are many issues to be addressed in devising credible systems. One of the major problems is that certification does not prevent expansion of production. Another issue relates to monitoring and compliance. None of those currently being developed have included Southern stakeholder groups affected by monoculture expansion for agrofuels from the outset. The WTO is often cited as a legal barrier to certification systems.

Resistance to monocultures, including agrofuel production, is spreading. Groups in Africa, Asia and Latin America are mobilising and demanding to be heard. Examples range from land occupations, through court cases, to national and regional campaigns. Coalitions are building against particular crops. A number of networks have produced statements of their positions directed at the EU and the UN. They insist that small farmers, local communities, the poor and the marginalised will continue to be the ones to suffer. 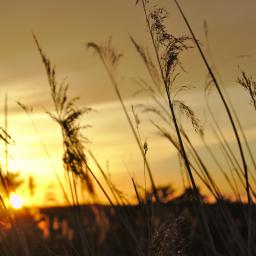